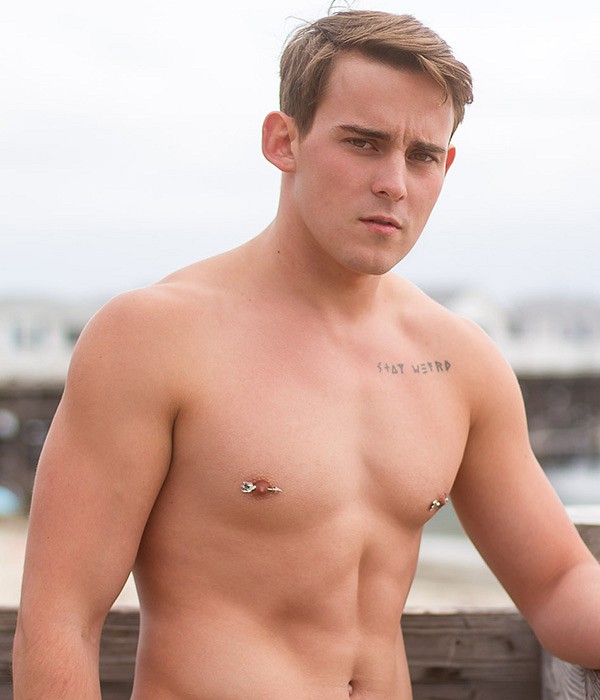 Speaking of epic trios, In this podcast Josh talks about his most memorable three-way, which was also an award winning DP scene. Go ahead and take a look, it’s called ‘Double Or Nothing’.

This interview was recorded on set, so right after we finished this podcast Josh was off to top Jeremy Hall in Jeremy’s first scene…what a job!

And just wait until you meet Jeremy Hall (below)! Not only does he have a tight gymnast body, but an infectious personality and a fascinating backstory. Jeremy’s podcast will drop when his first scene with Josh premieres in the next few weeks…be on the lookout, you won’t want to miss it!

To get a “safe for work” taste of Josh and many of the other hot men of Helix, check out the Helix YouTube channel: Helix Studios TV

Next week in Episode Four we go deep with Travis Stevens and you won’t believe where that conversation goes!

Your comments and suggestions always more than welcome! As are your questions 😉

What more would you like to know about the real life behind the scenes story of Helix and what would you like me to ask the Helix models? Almost nothing is off limits! With Helix Studios Today you get more of the models you want on your own time, in your own home, in their own words.