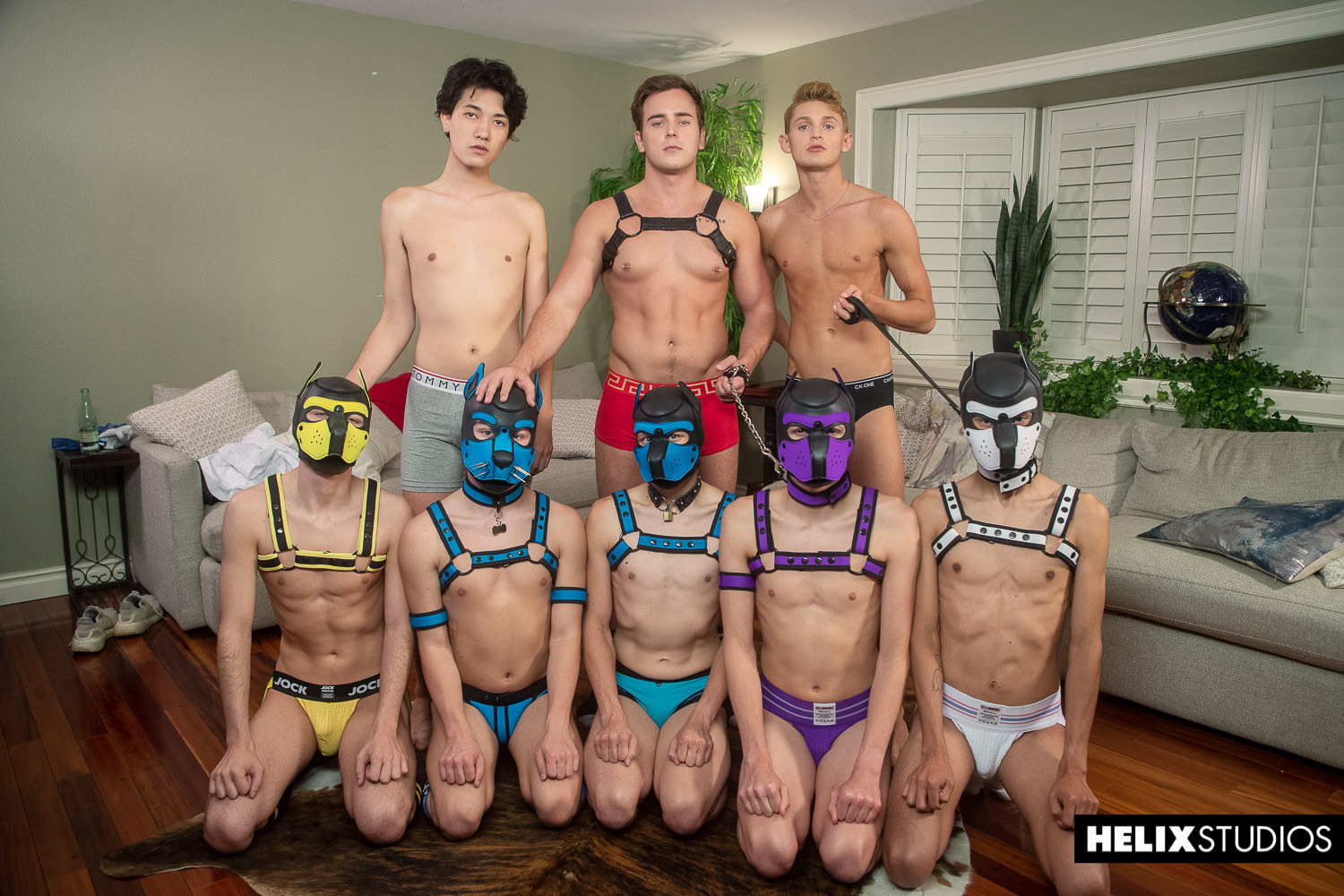 Sometimes a day can just go to the dogs!

But that doesn’t have to be a bad thing, especially when you are playing with some of the cutest pups you will ever see.

Helix is always willing to take the next step and that includes into the pound of pleasure as these eight littermates get into some canine passion.

In this podcast we talk with two of the pups, Silas Brooks and Robin Moore, who after a hiatus is back and wait until you hear what he is willing to try.

The Pup Play series is now being released by Helix and we would love to know what you think, do you like it?

Would you like to see Helix explore more of the world of kink?

You can leave your comments below and/or on Twitter @HelixStudios.

Oh and why give your friends a treat and tell them about Helix Studios Today? Who knows maybe they’ll return the favor and give you the bone!