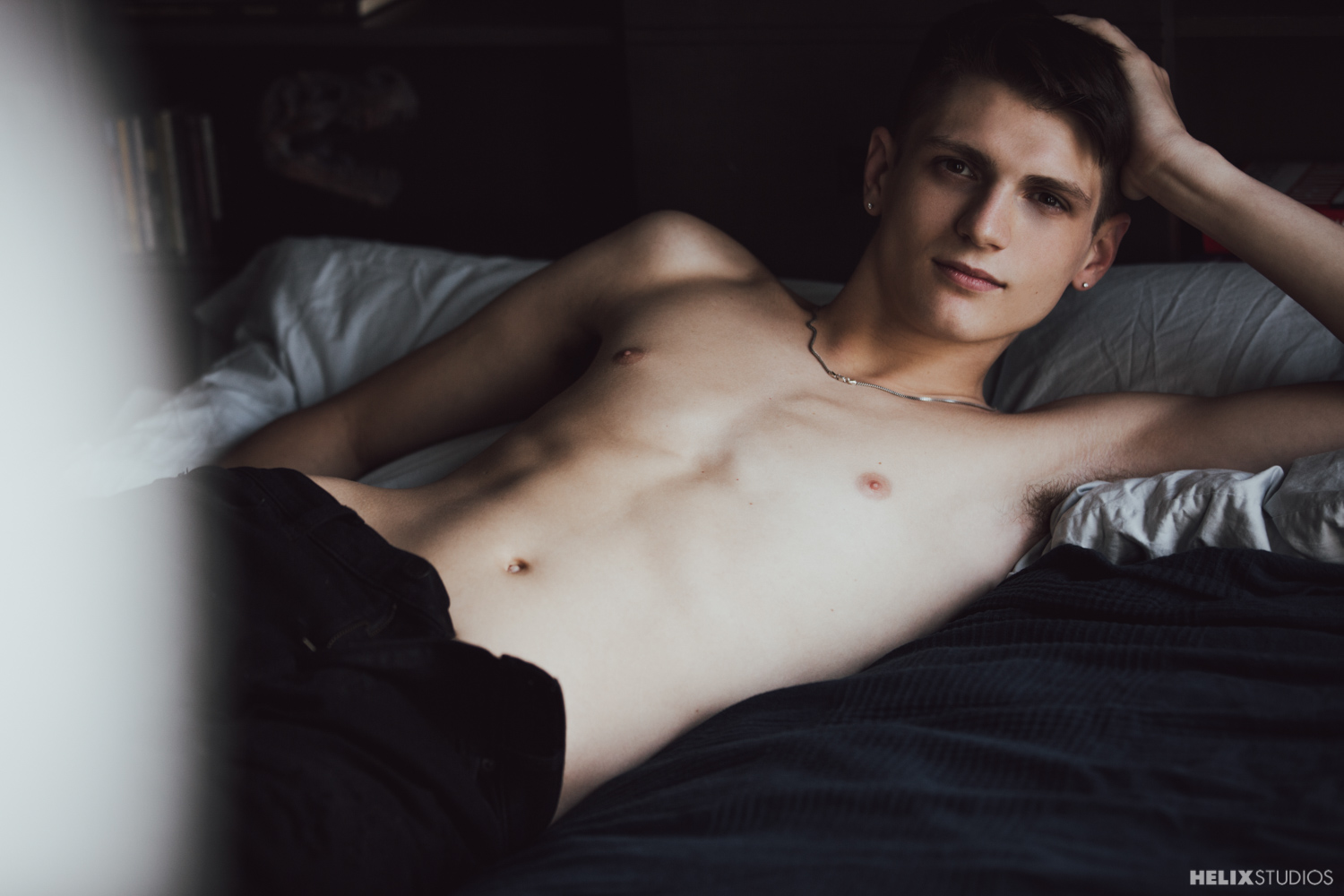 In the first four installments of Helix Studios Today we took a look into the lives of four of Helix’s established stars; Garrett Kinsley, Jacob Hanson, Josh Brady and Travis Stevens. In episode five we go to the opposite end of the spectrum and introduce you to a new model, Jeremy Hall.

The interview was record right before Jeremy shot his first scene with Helix, so it’s easy to feel a little extra energy and excitement in this interview.

Jeremy is from Indiana and no he doesn’t know what a ‘Hoosier’ is either. This corn-fed midwesterner is 23 and of course has a hot body, but what a story too!

We’ll talk about how he came soooo close to joining Helix five years ago, getting fired from his job as a gymnastics coach, why he has been afraid to go to the bathhouse in Indianapolis, and much more- including somethings that really surprised me.

Jeremy’s first scene will drop a couple of days after the release of this podcast and I can’t wait to see it (no I don’t to see the Helix stars ‘live’ in action).

Jeremy is the perfect combination of looks, enthusiasm, intelligence, and more than a few surprises for you too.

If you listen to this podcast before you watch Jeremy’s first scene on Helix it’ll make it all the hotter for you. Getting to know this amazing young man with a GREAT future in gay adult entertainment is time well spent!

Jeremy also has a fun and ‘revealing’ Twitter feed, he’d love for you to join him; @JeremyHallXXX

What more would you like to know about the real life behind the scenes story of Helix and what would you like me to ask the Helix models? Almost nothing is off limits! With Helix Studios Today you get more of the models you want on your own time, anywhere you want them, in their own words.

Your comments and suggestions always more than welcome, as are your questions. I’m also available on Twitter: @Clyatt