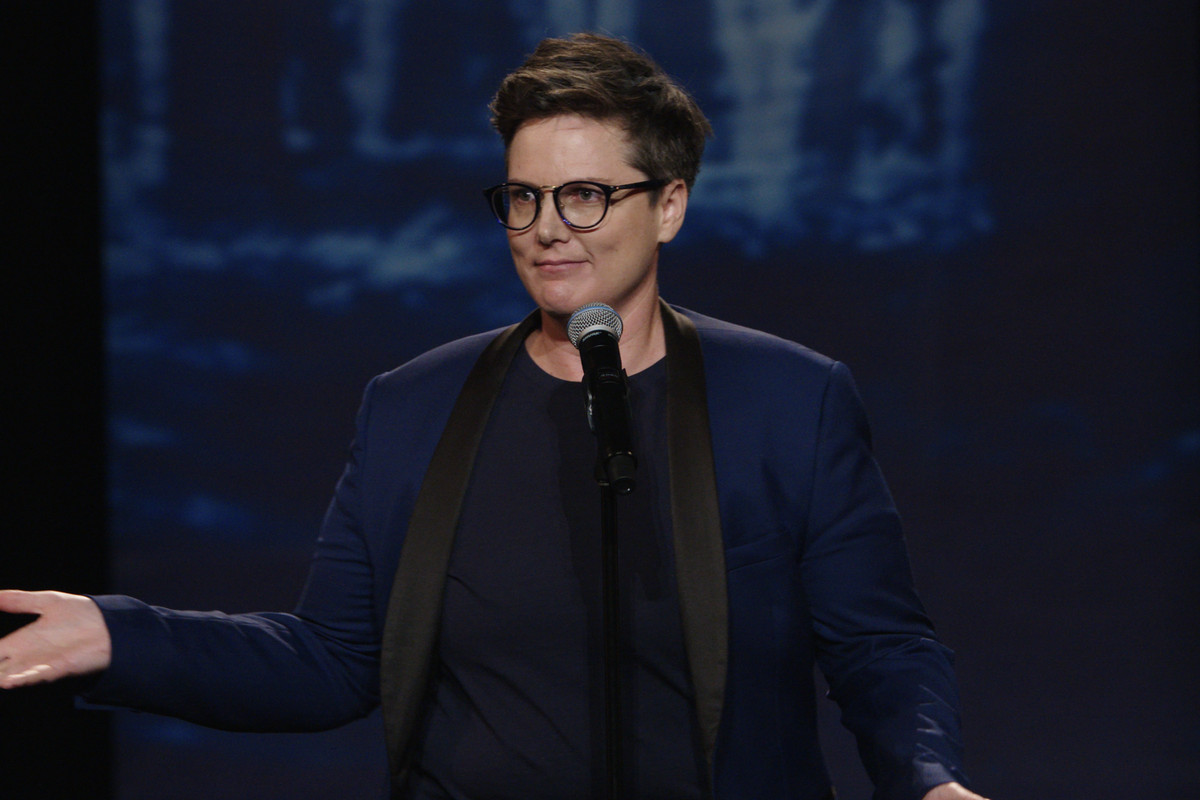 “[T]he pressure on my people to express our identity and pride through the metaphor of party is very intense.” With that one quote, gays in all corners of the flyover states stood up and cheered at the television screen. 40-year-old breakout comic superstar had lent voice to rural gays across the country and around the world.

It was in late June when Gadsby’s one-woman show Nanette landed on Netflix to much fanfare and catapulted Gadsby to international stardom. The massive success of the live show at fringe festivals and playhouses around the world should have been an indication. Still, the quiet Gadsby seemed caught off-guard by the explosion of media attention: The Tonight Show, Late Night, and the usual myriad pop culture online mags came calling. And that’s just in America.

Around the world, Gadsby became the ever-reluctant voice for a group of LGBTQA+ individuals often ignored by the very societal structure of a minority community: The Quiet ones, living openly, but silent in their pride.

What Gadsby expresses in Nanette is a lack of desire to abide by the rules inevitably set forth whenever a group of marginalized people come together for a sense in unity. Article after article has been written about the great paradox of existing in the margins: that the LGBTQA+ community is one formed in direct response to society’s larger expectations about conforming one’s identity, yet expects conformity itself in order to be properly accepted as part of the community. It is one thing to read stories on The Advocate and Qweerty about the expectations the gay community places on itself, quite another to hear how those expectations affect a woman trying to find her place in the world.

Gadsby crystallizes this point with example after example throughout the comedy special. She relays how one fan told her, ““You owe it to your community to come out as transgender.” Gadsby acknowledges she is “gender not normal,” with her masculine dress and perfectly coiffed, Conan O’Brien hair, but that the fan who was trying to dictate her identity based solely on her appearance missed the mark. “I may as well come out now. I identify… as tired. I’m just tired.”

In another example, she details how a fan criticized an earlier hour of stand-up Gadsby performed a few years ago. The fan took issue with the lack of gay jokes in her set, bemoaning, “I was very disappointed in your show this year, Hannah. I just don’t think there was enough lesbian content.” To which Gadsby responded, “I was onstage the entire time.”

And therein lies the problem for Quiet Gays–and silent members of other sexuality and differently-gendered groups all over the country—the constant feeling that just your existence is not enough. That your differentiating marker from mainstream society must be front and center at all hours of the day. Being a part of the LGBTQA+ community is to be a part of a group that demands your pride be at the center of your lifestyle. Gays are not allowed to be quiet.

This exact pattern minimizes the existence of gay people who find parades and parties unappealing. Perhaps these demands on gay people stem from the 60’s, when the riots occurred. From that moment on, if you were openly gay but refused to fight the fight, you were rightly labeled a bystander. In the 80’s, at the peak of the AIDS crisis, drag became an artform that embodied a rallying call and the struggle for survival. Nowadays, purpose behind drag has seemingly changed to one of artistic & identity expression, thanks to shows like RuPaul’s Drag Race and the proliferation of night clubs around the country featuring drag acts.

What we are seeing with shows like Nanette is the riotous anger falling away, giving voice to quieter stories, like Gadsby’s. We no longer have to scream on top of Capitol Hill about inequality and injustice. Being Gay no longer has to mean being loud. We can go to a dark room in the SoHo Playhouse and turn the spotlight to the individual, personalized stories. We need to listen and find out the who, why, and how of every queer person that feels marginalized by society and by their own community. That is how we achieve the greatest equality of all: not just acceptance, but love and understanding.