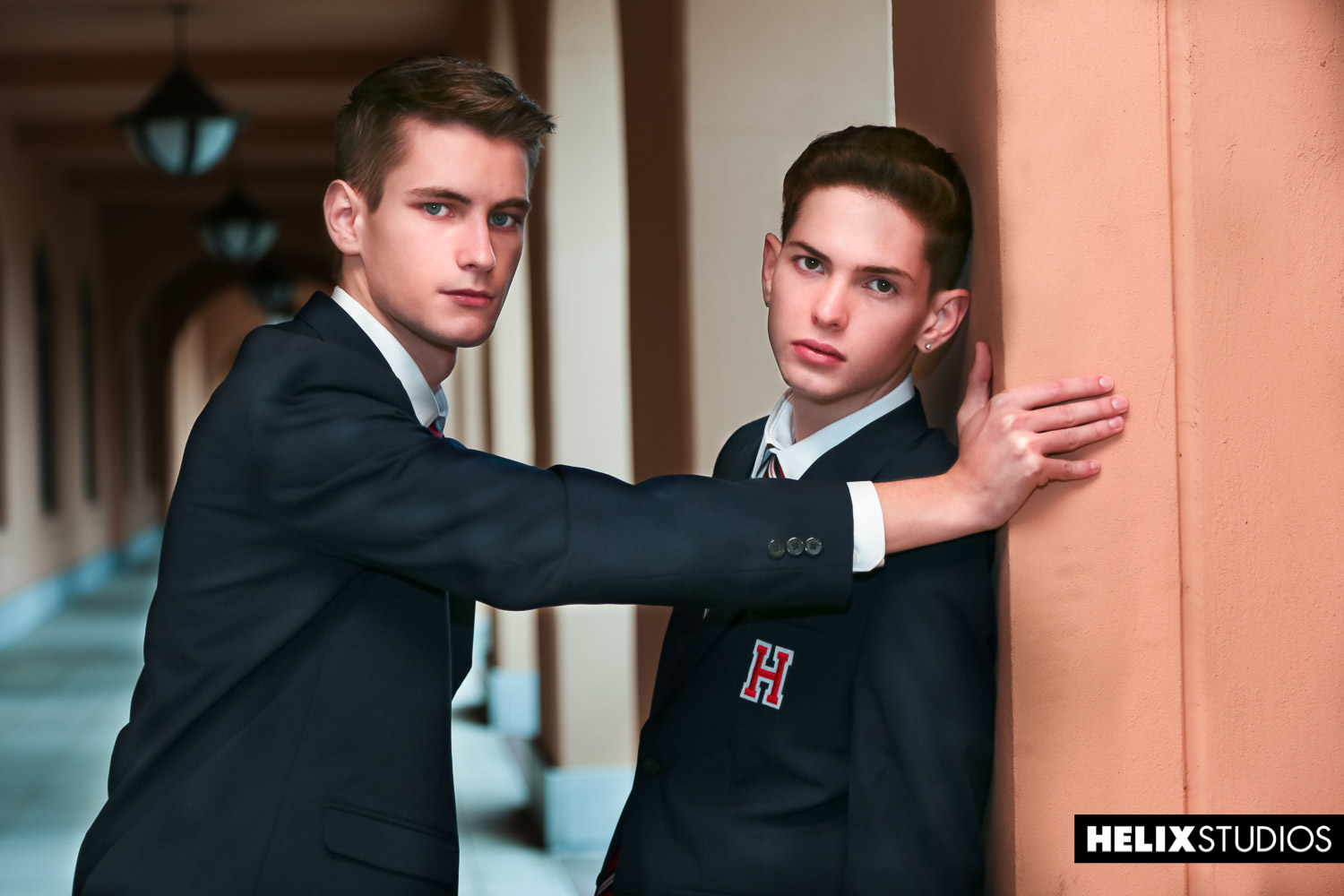 At the 2021 Grabby Awards in Chicago, ‘Return To Helix Academy’ not only won the award for ‘Best Movie / Web Series’, the movie’s director, Alex Roman, won in the ‘Best Director Movie / Web Series’ category and Helix star, Trevor Harris, was awarded the prestigious honor of ‘Twink Performer of The Year’.

‘Return To Helix Academy’ takes things to the next level with intense young male energy you have come to expect from Helix, but this is so much more. You get to know these beautiful men as they learn the ropes of life, love and even dealing with family relationships while at Helix Academy, so much so you don’t even see the first kiss until 20 minutes into the first chapter…it is well worth the wait as that kiss is the first of many.

Return To Helix Academy on DVD joins over 450 new and classics available for you at the Helix Store and while you’re there look around; there are lots of adult toys and supplies. Helix swag, including selected movie merchandise, is available only a click away; http://bit.ly/HelixAcademy.

A SFW (safe for work) version of Return To Helix Academy is available for free on Helix’s YouTube channel – HelixStudiosTV. In the near future the entire SFW movie will be available on Amazon Prime where you can now find ‘Helix Studios Presents’, a queer anthology about the lives and loves of hot young men … Season One is included with Prime.


Helix Studios is now in its 19th year of producing unique and creative gay entertainment; including erotica and clean movies for Amazon Prime and YouTube. They’re located in Fabulous Las Vegas, Nevada.