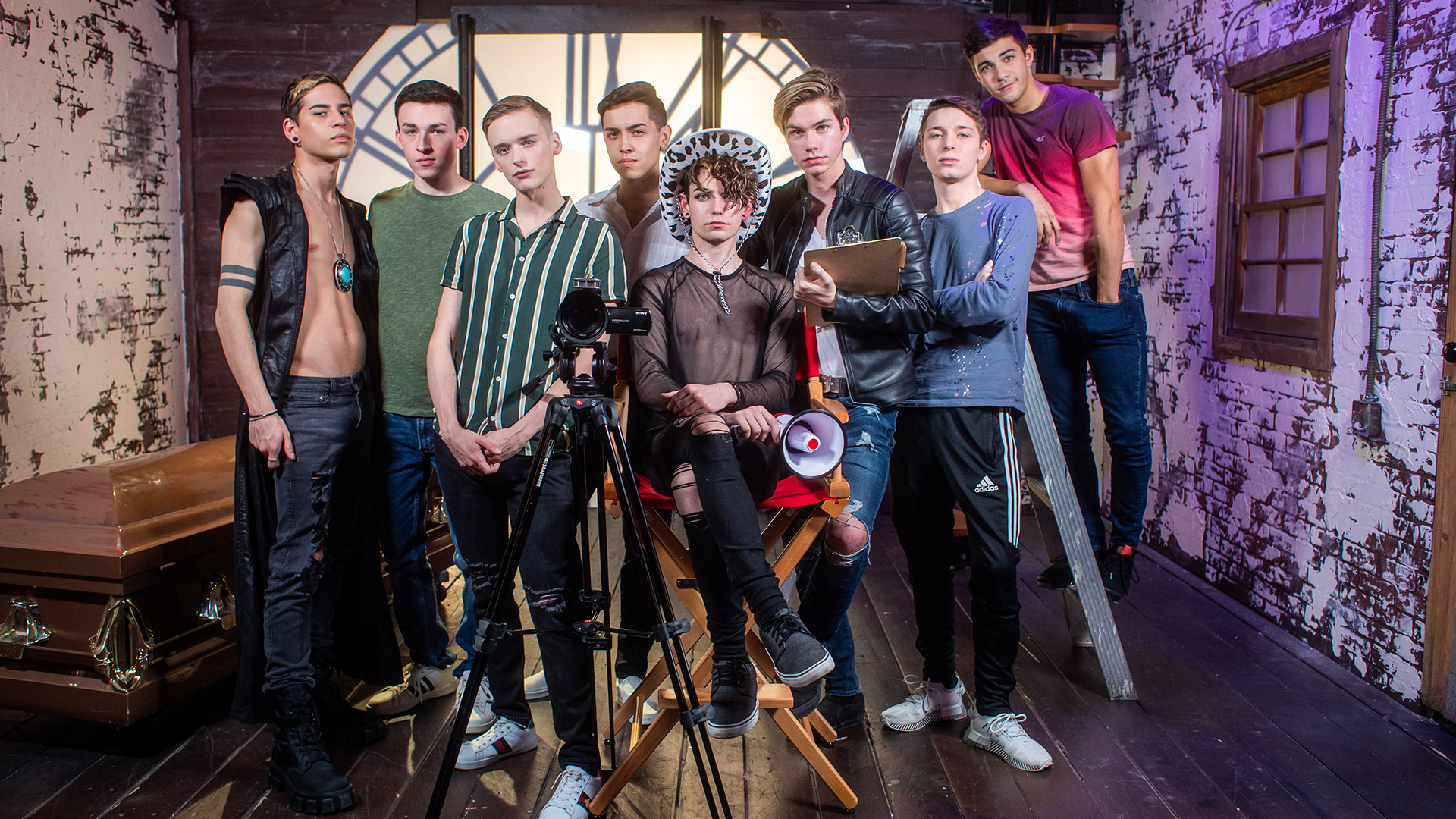 The joke, of course, is at the expense of the flimsy plots of typical adult movies. But for Las Vegas-based gay adult film company Helix Studios, there has been a surprisingly lucrative alternative market for movies in which characters, well, fix the cable. “We’ve always tried to distinguish ourselves from all the other people in the business by creating something that we consider to be a little bit more valuable,” says Helix owner Keith Miller. From its earliest days, Helix has paid closer attention to the narrative content of its films than most adult film companies do.

That effort has hit new heights since the company, founded in Florida in 2002, relocated to Vegas in 2017. A year later, local independent filmmaker Heidi Moore joined Helix as an editor, and her creative contributions have opened up Helix’s movies to a whole new audience. “The scripts were really bad,” Moore says of the Helix movies she was editing when she first started. “That was our weakest link forever,” says producer Casey Roman. “We would take a script and completely have to rewrite it.”

“I wished that I could at least go through and fix them up,” Moore recalls. “So one time I finally did, and showed them, ‘Here’s an example of what I mean.’ From then on they had me writing all the scripts.” With her experience in self-distributing independent films, Moore also expanded on Helix’s practice of posting short, non-explicit clips to YouTube. “Let’s make a normal movie where the sex scenes happen to be real, and then we can edit a version where we take out the sex scenes, and then we can put them on Amazon Prime and YouTube and all of that.”

So now, Helix movies such as Quiet on Set, which Moore wrote based on her experiences working on independent films, have completely separate existences as mainstream, non-explicit films. Moore writes scripts that feature far more dialogue and emotion than typical adult content, with full storylines that can be packaged without the X-rated material that’s hosted exclusively on Helix’s site. Quiet on Set played in local film festivals including the Las Vegas Queer Arts Film Festival and the Nevada Women’s Film Festival. Helix productions like The Lake House, Happy Campers and the series Helix Studios Presents are available to watch on Amazon Prime Video.

“Heidi’s abilities at managing these things and knowing how to put them together and make them appeal to an audience has really proven helpful,” Miller says. “She’s from the independent film world, so she knows exactly what we’re looking for,” says Roman, who works with his director husband Alex Roman on every Helix production. “It’s been an awesome collaboration.”

For the Romans, who went to film school together and came to the adult industry from a background in documentary filmmaking, working with Moore has been a return to their roots. “Once we got to Las Vegas, and we were hiring new editors, we came across Heidi, and Heidi was from our world,” Casey Roman says.

“The majority of them when they talk to me about it go, ‘Why are you doing that? Why are you doing so much extra work?’” Miller says of his peers in the adult industry. “We make an actual movie, and then just make the sex scenes real. No one else does that,” Moore says.

For Moore, working at Helix has opened up a whole new avenue of her career as an independent filmmaker. She’s still awaiting the release of her latest horror film, Kill Dolly Kill: Dolly Deadly 2, from legendary underground distributor Troma Entertainment, but in the meantime she’s working more than ever. “I get two scripts a month produced that I write, so I’m constantly writing and editing full-on films,” she says. “This is something that I know a lot of my friends who are in independent filmmaking would love to be doing.” She’s even recruited some of those friends as actors. “Because I work in the film community in town, I have a lot of friends who are actors, and they came and acted in the movies. It’s a paid gig, and they’re not in the sex parts.”

Miller sees Helix eventually expanding into a multifaceted LGBTQ media company, mixing adult films with mainstream productions. The Romans, too, see no limits to the kind of stories they can tell at Helix. “Literally any idea we can think of, we can turn it into something for work,” Casey Roman says. Plenty of people may still scoff, like Maude Lebowski, at the idea of porn movies being artistically valuable and entertaining to watch, but Moore knows not to listen to them: “I’ve had a lot of people tell me, ‘Oh, I could never do that.’ And it’s like, you don’t know what I do.”