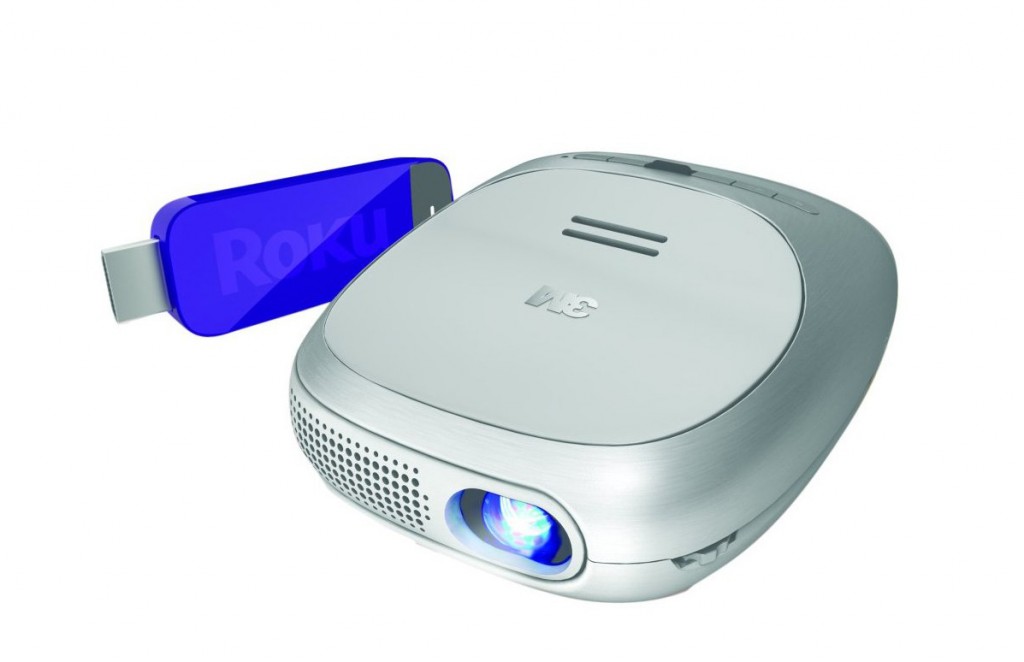 After streaming a few gay porn videos and months later, 3M and Roku announced they were working together on a mini projector that could travel anywhere! All I can say is, Yes to you ROKU and 3M! I know exactly what is on my XXXMAS list. Anything that can let me watch some naughty films with a “bright, crisp picture up to 120-Inch wide and a maximum resolution of 800×480” for under $300 has my gadget cock rock hard. This little guy can pack a punch with up to 2.5 hours of battery life (on eco mode) per charge, or runs continuously on AC power.